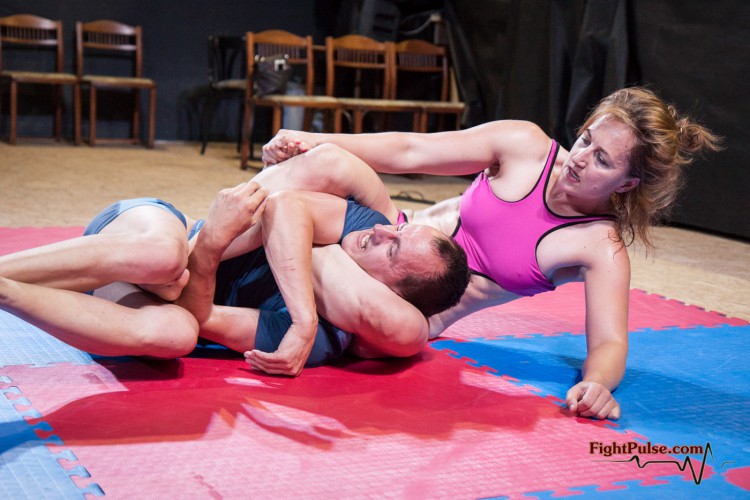 Scorpion vs Marek is one of the best mixed wrestling matches we have filmed. It is intense. It is sweat filled. It is emotional. It is everything you would expect from a real intergender encounter. Our 4m x 4m mats seemed small to them, as they fell off it several times and had to restart in the middle. Scorpion (5′ 7″, 154 lb) and Marek (5′ 10″, 141 lb) are more or less evenly matched opponents. Scorpion is a more experienced wrestler, however not by much. Marek does have an advantage in brute strength, but also, very little. It is a battle of wills as much as anything. Both Scoprion and Marek are willing to do everything to be victorious in this fight. Eventually there is a decisive winner. But for the winner it takes a lot of pain and even more stamina to get there.

You will also witness in this video a clash of two styles of wrestling. While Scorpion is an offensive wrestler, always looking for opportunities to gain advantage, and on the attack all the time, Marek is a defensive wrestler, mostly trying to avoid Scorpion’s tackles and getting caught in a hold, looking mostly for counter-attack opportunities.

Marek is the most experienced male wrestler at Fight Pulse. I’m sure I’ve said it either here or at the forum that he is getting better with each match. He has gotten extremely good, and is too much to handle for most of our girls at the moment. During our last training session he was able to defeat two of our girls in sparring. Since then he got overconfident, boasting about his newfound glory. You can see the confidence in his voice and stature in the introductory interview. Hence, this was the first match that I immediately decided on, when planning matches for Scorpion’s visit to Prague. I always get excited at an opportunity to pit a cocky male against a skilled female, because these matches turn out to be extremely good, and the look on the man’s face when he realizes his misjudgement and accepts the complete reversal of the roles is priceless. But did it go as I planned? This you’ll have to find for yourself. 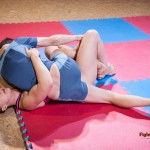 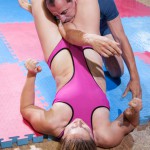 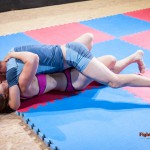 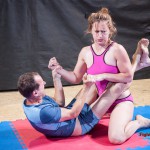 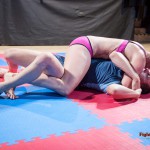 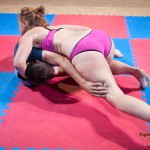 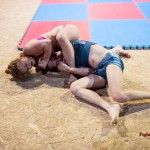 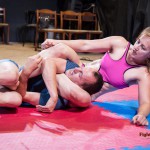 Old,but gold ! This is beautiful how Scorpion dominates Marek. She is such a good grappler and I would love to see her perform at fight pulse again. She has a beautiful mature woman`s body but you would not expect her to be that freaking strong just from her appearance. She has such a firm grip on him and has such a heavy top pressure bjj game he simply cannot escape especially in the second half of the match. You cannot utilize that style if you are not physically strong (Especially seen when she put him in a head and… Read more »