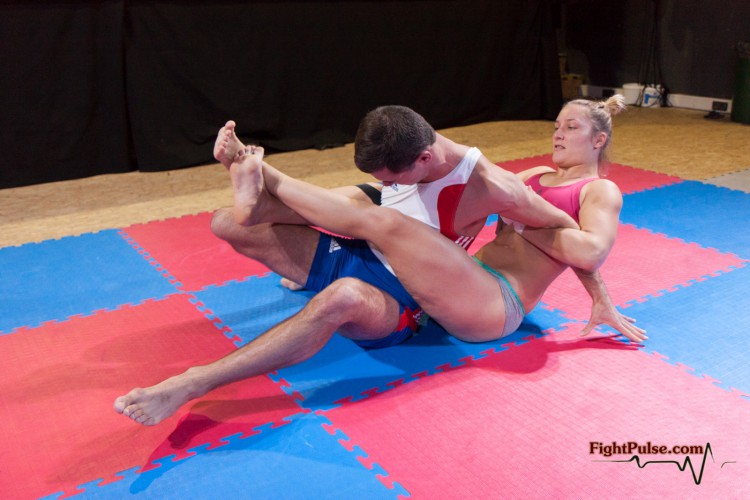 Most of you already know, that Diana, being a black-belt judoka, is a highly-technical grappler. Her sweeps and takedowns from kneeling position are amazing to watch. But this match with Steve is the toughest mixed match she has had so far. Brute strength-wise Steve is clearly superior to Diana. He has almost zero wrestling skills, but thanks to natural strength and years of physical labour, he can put up a great fight against a technical opponent, especially one that is smaller than him, as you can see in MX-48: Karina Gotika vs Steve. His upper-body, his arms in particular, are his biggest weapon. Unfortunately for him, Steve doesn’t know how to use them. He can lift an opponent off of him with ease, even such a middleweight, as Diana, but when it comes to grabbing and taking down opponents, Steve has no clue how to do it. Instead of grabbing and holding to opponents he waves his big strong arms in front of them trying to catch them in weird holds that simply do not work. This, along with his intense speed, and awkward head movements, unfortunately, create dangerous situations, which can result in injuries to his opponent, as well as to himself, as you might have had a chance to see in MX-48. You can also see a little bit of his arm movements in the preview video below. Diana commented on it in the post-match interview.

That being said, in our minds we had little doubt that Diana will be the winner. We expected to see an easy fight, perhaps underestimating the value of brute strength. But MX-50 is by no means an easy fight for the victor. Rounds are tedious and long and Diana has to fight for every hold, having to avoid Steve’s arms to get into advantageous positions and score.

MX-50 is a true competitive mixed combat between the sexes, where the female is cunning and smart, thinking ahead several moves, and the male is strong. Who won? Find out today! 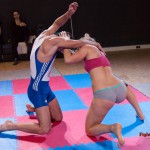 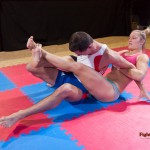 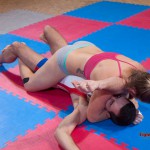 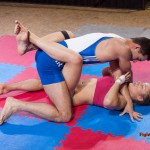 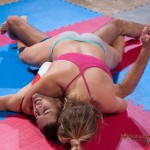 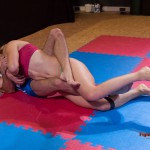 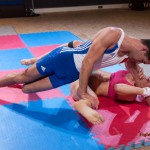 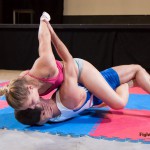 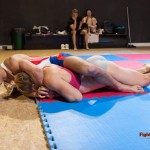 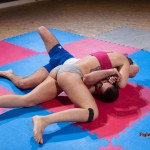 wrestlers 8/10 First of I’ve gotta tell you this video is one of best competitive mixed wrestling matches I’ve seen in 2015.Definitely with in top . Wrestlers are very important to a mixed wrestling video and both of wrestlers are in very good shape. Key to a good competitive match is not giving big size advantage to a one wrestler. Here steve has 5 inch and 7kg size advantage. I can’t say it’s not considerable as they fall in to different weight classes but in mixed wrestling it’s not that bad difference. May be producers have considered Diana’s better skills,… Read more »

This video is among the group of matches I recently purchased and it’s a good one in my opinion. Diana has strong legs and is a more experienced wrestler than Steve and is clearly in great shape. But, Steve is larger and has a stronger upper body and arms than Diana. This makes for a rough match where neither is clearly going into the match with a huge advantage over their opponent. That being said, while Steve is able to get on top some times, Diana wears him down with her better wrestling experience, using that as well as her… Read more »