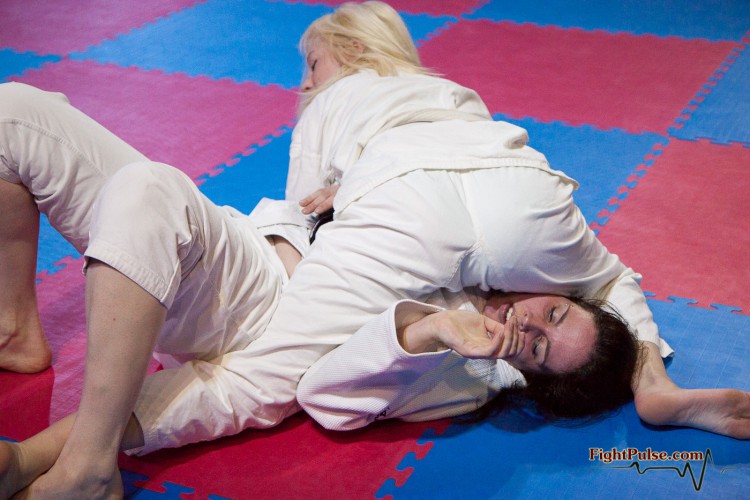 FW-41 is a pins-only competitive female wrestling match in judogis between Axa Jay (stats) and Xena (stats). This is our third release with the outstanding UK session wrestler, Axa Jay, filmed during her April visit to Fight Pulse, an account of which you can read in this blog post.

Both wrestlers are wearing judogis for this pins-only battle, but Axa Jay comes in with a white belt, and Xena with a black belt. Axa is not very happy about it and says in the pre-match interview that she will take Xena’s black belt if she beats her. While both wrestlers are middleweights, Xena has a 9 kg weight advantage as well as 14 cm height advantage over our guest. Will she be able to capitalize on this, and eventually keep her black belt?

The first round starts even and becomes a long grueling battle for supremacy. At first it is difficult to say who will end up winning this sgpin battle. But soon one wrestler establishes dominance using superior grappling skills to mount her opponent’s chest time and time again, making her carry her weight throughout most of the match. FW-41 features a very dominant performance by one of the wrestlers with lots of great tight immobilizing schoolgirl pins.

This match is a must-see for fans of judokas, as well as schoolgirl pins in general in a competitive setting. 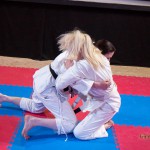 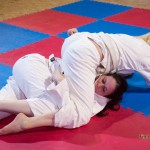 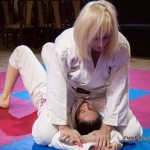 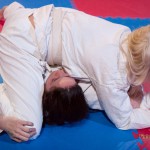 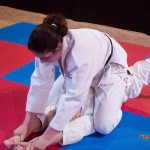 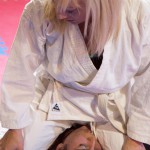 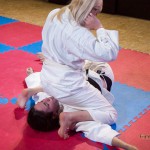 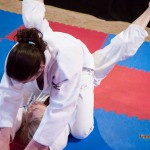 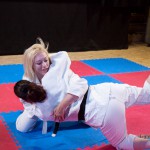 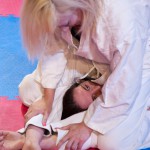 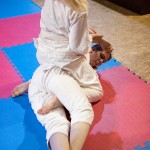 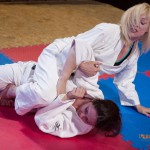 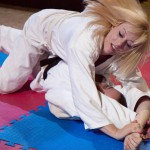 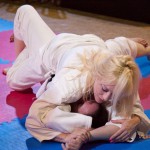 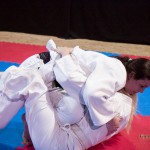 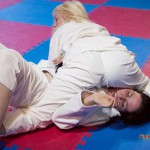