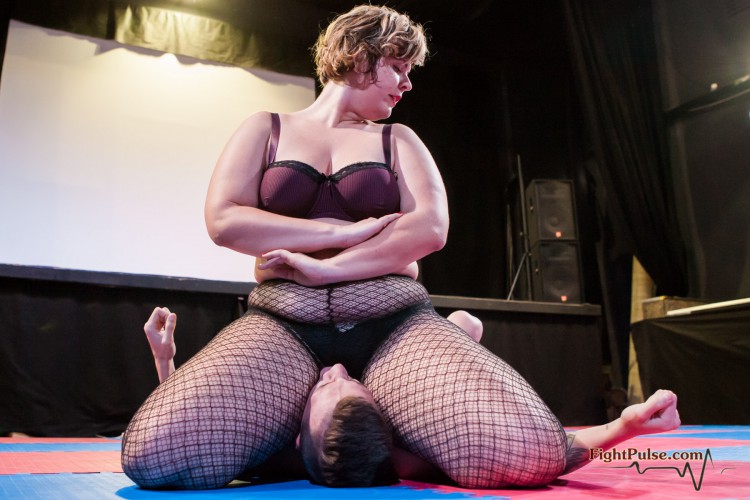 After almost a year, the popular smother rules are back!

If you would like to see a big powerful woman use her strength, weight and wrestling skills to force submissions out of a smaller male, who is fighting back as much as he can, via smothering and heavy pindowns, then this is a video for you, since that is exactly what Lucrecia (stats) is doing to Andreas (stats) here. He is outmatched, outwrestled, physically dominated and verbally humiliated throughout the match, admitting submissions verbally or by tapping out round after round to full-weight smothering holds such as forced front and reverse facesitting, forced breast-smothering and belly smothering, as well as heavy chest, neck and jaw-straddles.

This match is under a combined ruleset of two of the more popular STYLEs of wrestling, smother rules and pindown-until-submission rules, which means that this is a submissions-only match, and submissions can be attained only by smothering one’s opponent or pinning them down heavily until they admit submission due to not being able to breathe, pure pressure on the chest, neck, jaw or face, or out of exhaustion.

Andreas is getting better each day, and is slowly becoming one of the best male wrestlers at Fight Pulse. However, the weight, strength and skill difference between him and his female opponent is big. Lucrecia, who is a smother specialist, doesn’t spare him at all, achieving a significant amount of points in this long (22 minutes of action) one-sided competitive mixed wrestling encounter.

MX-74 features a beautiful dominant performance by one of Fight Pulse’s very own, the Czech Amazon, Lucrecia, in our best smother-rules match to date, and one of the best MX titles of this year!

Match outline: staredown, the match itself (22 minutes), victory pose (foot on chest, then foot on face). 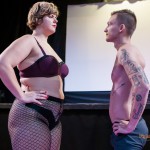 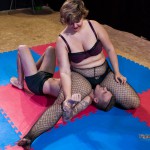 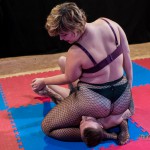 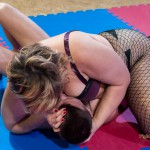 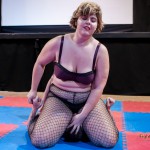 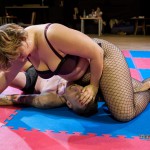 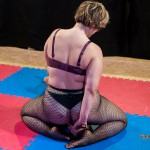 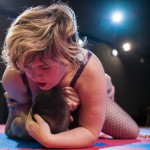 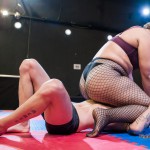 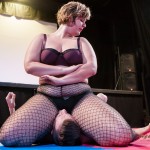 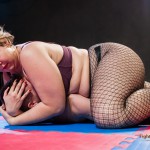 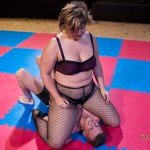 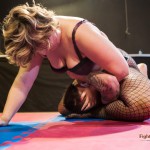 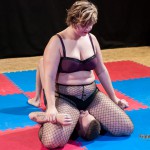 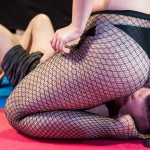 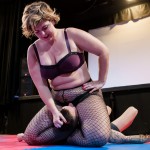