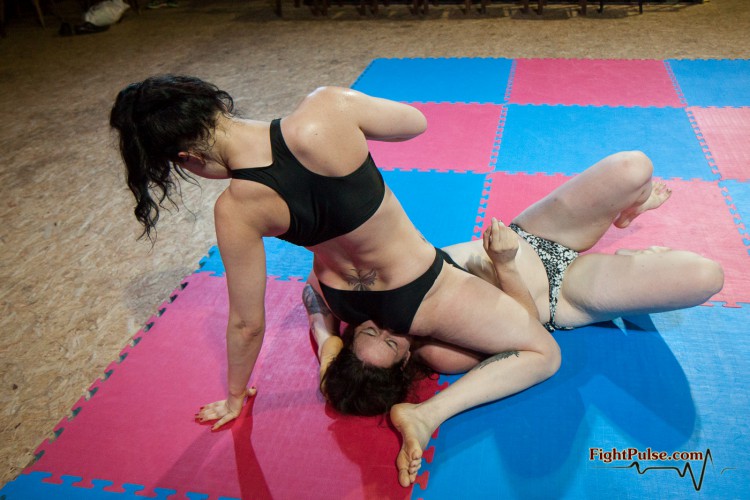 Our third installment of the very popular pindown until submission pits Xena (stats) against our guest from Russia, Karina Gotika (stats).

If you haven’t watched any of our previous titles with this ruleset, here’s how it goes. Only pins are allowed, and points are scored only upon verbal submissions (“I submit!”) coming as a result of the pin. Submissions usually come from the pinnee not being able to breathe, full-weight neck straddling, from pubis-on-jaw pressure, facesitting or any other type of smothering during the pin, including belly-smothering. Our first title that featured this ruleset, FW-24, where Revana got completely destroyed by the heavier Laila’s weight on her jaw, was an instant best-seller. While there was a size discrepancy between the opponents in FW-24, FW-48 features opponents of similar size, both being middleweights.

Both Xena and Karina are confident in the pre-match interview, predicting themselves to be on top throughout the match. They talk about how much they love straddling and pinning their opponents and say that they are going to do lots of it in this match. Xena has a very slight size advantage and is sure of her victory. But she doesn’t know much about Karina. She is about to find out.

FW-48 is a slaughter. It is a complete mismatch. No matter how hard Xena tries, how fast she attacks, how desperately she attempts to defend, Karina Gotika gets on top with considerably ease, straddling Xena tightly. The instant Xena is in Karina’s guard, she gets sweeped as though she is a lightweight. Karina possesses incredibly strength, we know that from the way she overpowered an MMA guy in our recent release, MX-70. The fact that Xena weighs about 30 lb more than Frank doesn’t phase Karina a bit, as the Russian force absolutely ragdolls her opponent. Each round it is only a matter of seconds until Karina positions herself atop Xena to gain a submission – via tight breast-straddling, neck straddling, jaw straddling, smothering or facesitting.

It is an agonizing and humiliating experience for Xena. She did not expect being womanhandled like never before. First, trying desperately to buck the firmly seated Karina, and then trying desperately to catch her breath, but eventually, again and again, uttering “I submit”, her voice full of suffering.

The incredible Russian amazon, Karina Gotika, ends the match straddling Xena’s neck and asking her what she thinks about her predictions to be on top now, capping it off by placing her foot on Xena’s chest and posing for the camera.

If you enjoy watching one female completely overpower, pin and force submissions out of another, in a competitive setting, this is a title for you. 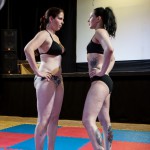 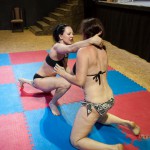 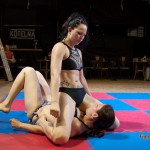 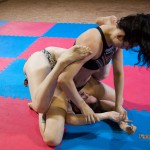 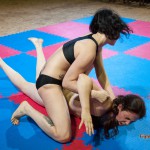 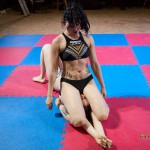 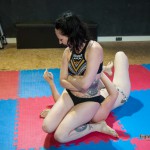 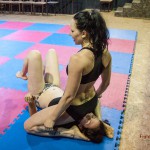 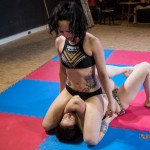 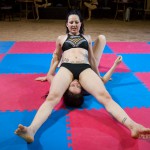 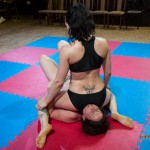 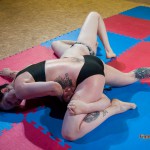 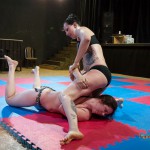 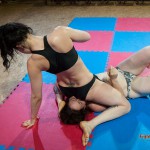 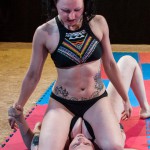