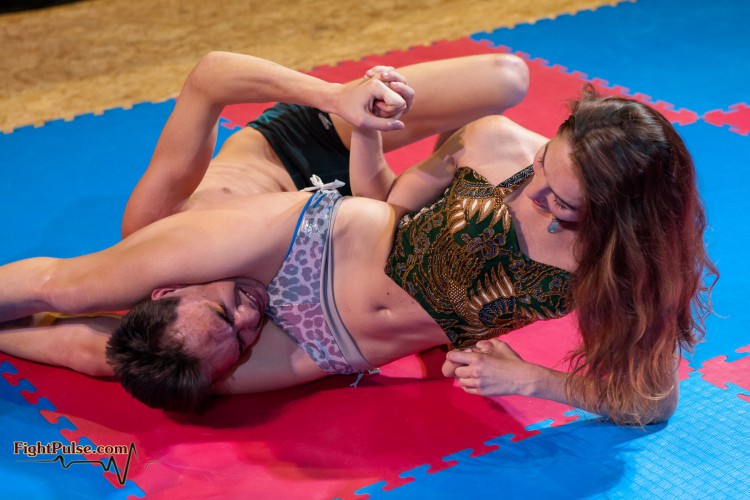 The natural-born Humiliatrix is after another male soul!

Backstage, Giselle (stats) and Viktor (stats) are having a conversation. Viktor says that he watched Giselle’s match with Revana (FW-63), and that he thought it was fake. Giselle responds by saying “we can wrestle now, and you can find out for yourself, whether it was real or not.” Viktor foolishly agrees.

On the mats Giselle immediately takes Viktor down and does to him what she does best – subdues and dominates him both physically and verbally. When he taps, she asks him why he is tapping, if this is all fake. Aggressive control and dominance come naturally to Giselle, as she puts Viktor in holds one after another, making him admit submission, pulling his hair, choking him with her foot, facesitting and degrading him verbally throughout the video. After Giselle is happy with her onslaught, she brings rope, wraps it as a collar around her victim’s neck, and walks him around the mats like a dog, treads on him, forces him to say that she’s his master, before saying “Now I’ll show you how a real match with me always ends,” and putting her foot on his face and flexing her biceps in a final victory pose.

If you are a fan of physical and verbal humiliation of the male by the female in the context of mixed wrestling, NC-105 is for you! 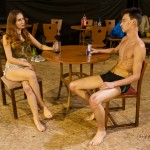 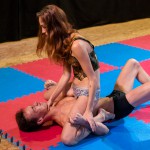 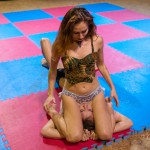 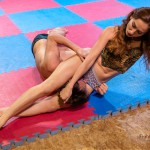 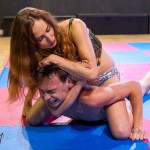 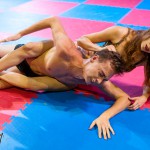 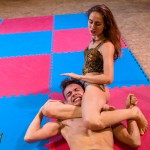 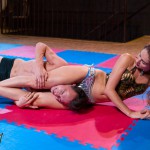 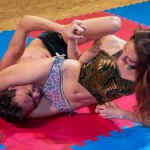 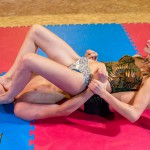 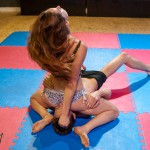 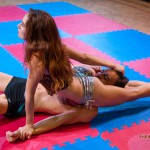 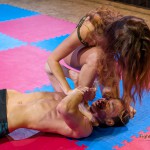 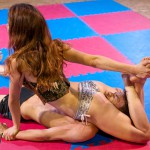 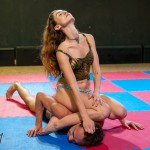 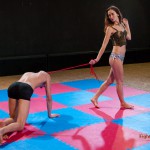