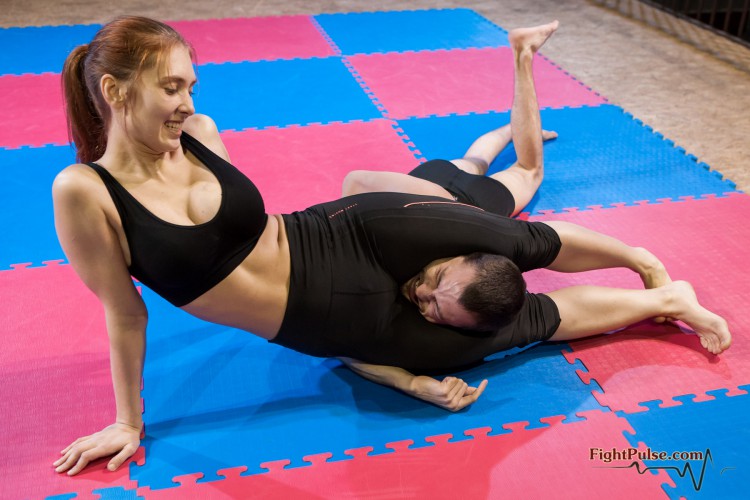 One of the most anticipated mixed wrestling titles of this year features our lightweight star, Akela (stats), in her first onslaught-style match.

Dear Subscribers, you have never seen Akela so dominant before! She completely annihilates Frank (stats) using a myriad of holds including vicious front and reverse headscissor holds, and humiliates him with tight schoolgirl pins, facesits and foot domination, all the while verbally taunting and laughing at him. Akela’s dark side comes out as she basks in her superiority, while watching her prey struggle in the vice of her legs, and immobilized under her weight.

NC-53 features some very tight headscissors and a brutal triangle-hold from the wrestler that has pound-for-pound the strongest legs at Fight Pulse. Taps and verbal submissions are often ignored as Akela takes her male victim to the limits of suffering between her big powerful thighs. Numerous front and reverse pins are counted to ten by Akela, sometimes more than once.

NC-53 is a treat for Akela’s fans, as well as those who enjoy female domination in their mixed wrestling. This is without doubt one of our best NC titles to date, featuring an incredibly dominant performance by the fan favorite, Akela. 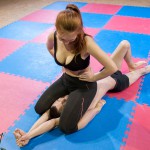 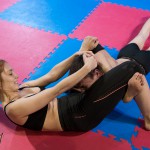 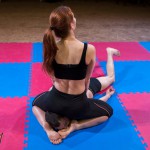 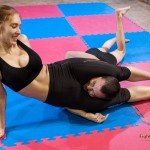 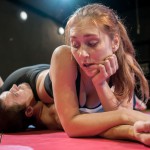 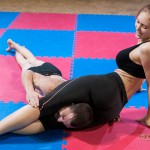 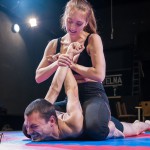 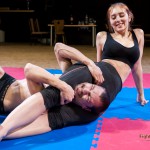 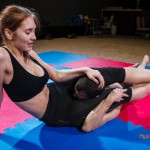 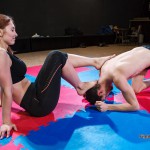 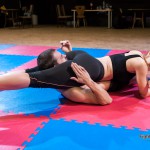 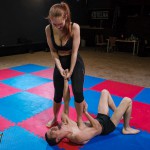 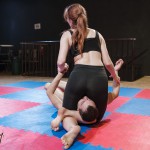 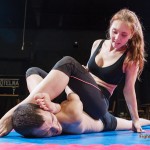 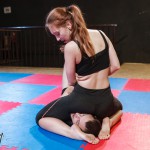 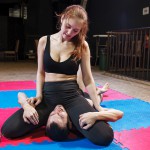 Hello friends, let’s have a brief review at my personal favorite Christmas gift of 2016. I honestly felt like a child again. 😉 As it is stated already in the video description, this is a non-competitive onslaught match. So you can sit back and watch Akela completely dominating her opponent. The clip doesn’t need any warm up, as Akela immediately jumps her adversary, takes him down and keeps him there with a SGP. Counting to ten by herself, it appeared so easy, that she decided to just keep him right there for another ten count. Letting go of her victim… Read more »

My biggest fear with this match was Akela potentially being too reserved and cold, as she has been in previous videos. Fortunately, this was not the case here. Even though she still needs to let go a bit, she was quite dominant and obviously enjoyed bullying Frank. The action was very convincing, as she was sufficiently strong to move him around and she put him in various painful holds with a clear satisfaction in her face. The fact that Frank seemed not much stronger than Akela (if he is any stronger in the first place) was a big plus because… Read more »