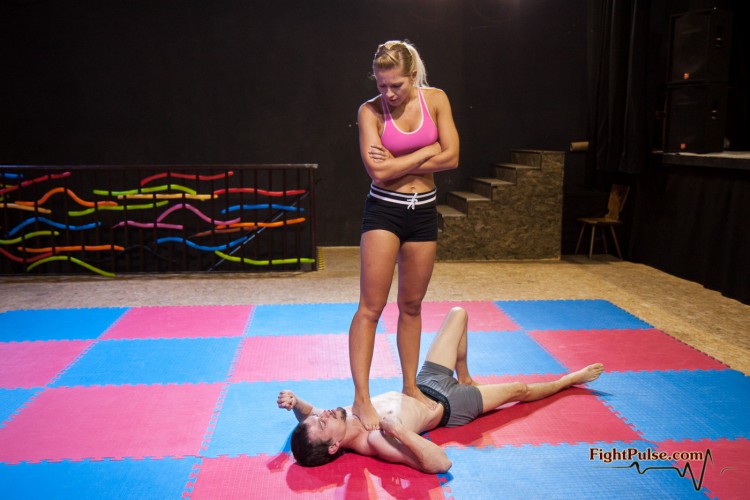 Jenni Czech is relaxing on the terrace on a beautiful Autumn afternoon, receiving a foot massage from her slave. She orders him to get her red wine. He comes back with a glass of white wine. When Jenni asks her slave whether he is blind or dumb, he responds with aggression, saying that he will not take any more orders from a weak girl. Exasperated by her slave’s disobedience, Jenni takes on the challenge in order to discipline him.

When they are on the wrestling mats Frank quickly finds out that he is no match for Jenni’s athleticism, strength and aggression, as she dominates and humiliates him in the cruelest way she knows, by squeezing submissions out of him with her deceivingly powerful legs. She chokes him, tramples him underfoot, humiliates him verbally, makes him massage her feet, worship them and accept that he is the weaker of the two and acknowledge subordination. He is forced to repeat the color of the wine that his owner likes multiple times during the onslaught. At one point, after long cruel reverse headscissors and reverse neck-straddling, while standing on his chest, Jenni notices that tears are running down his face. She ridicules him by calling him a cry baby and rubs the tears onto his face with her foot.

The video concludes with Jenni sipping red wine on the terrace, with her bare feet resting on her slave’s face.

NC-45, along with our best-selling title, NC-23, which was our first release with Jenni, is one of the cruelest videos we have filmed. If you enjoy Female domination in mixed wrestling, you will greatly enjoy Jenni’s complete dominance over Frank in this title. 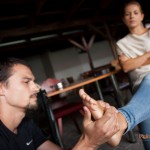 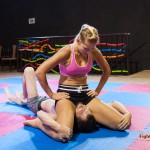 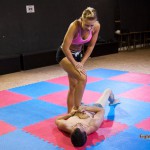 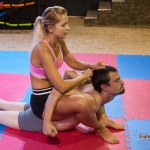 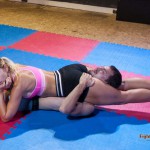 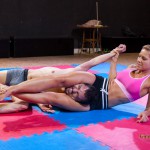 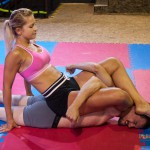 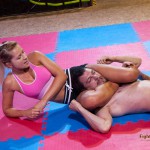 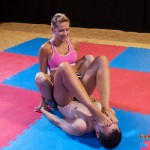 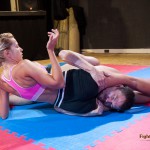 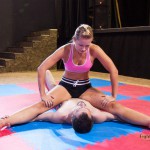 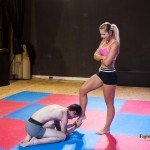 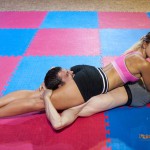 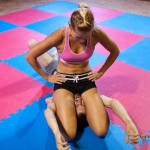 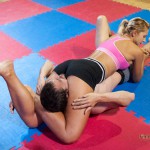 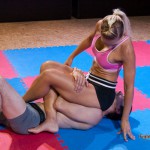 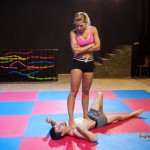 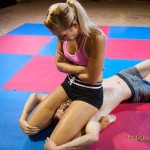 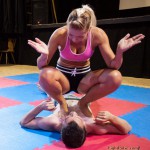 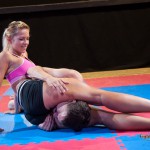