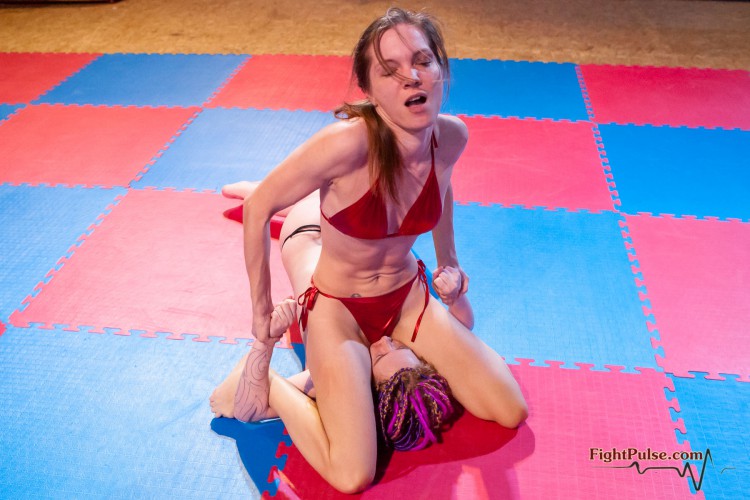 Katniss (stats) and Revana (stats) have fought twice in the past. Katniss won the first match (FW-15), Revana dominated the second (NC-24). This third custom-request semi-competitive battle between two of Fight Pulse’s mid-ranked lightweights will determine who the better wrestler is between the two. There is a twist to this match as one of the wrestlers cheats her way to victory. As usual in female wrestling matches released under NC category, there is a long humiliation victory pose segment for fans of F/F domination. The TYPE of this match is semi-competitive, because there are several competitive rounds in-between scripted rounds. This is a beautiful title for fans of F/F wrestling with lots of tight pins and dominant holds. 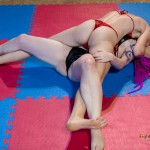 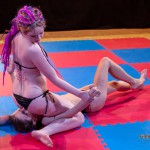 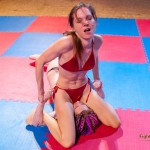 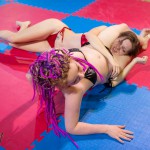 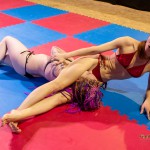 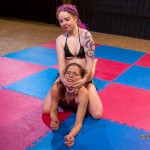 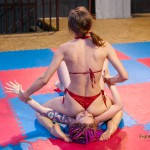 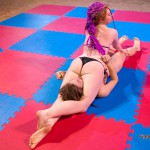 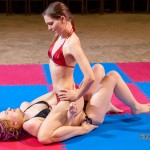 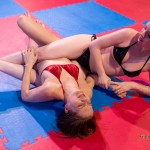 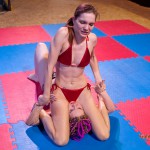 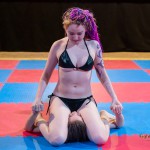