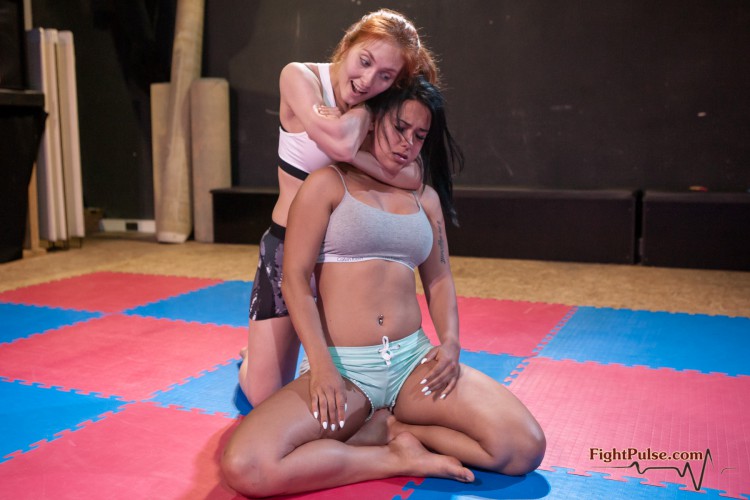 In last week’s release, NC-94, Akela (stats) suffered quite a bit in the hands of Zoe (stats). If you have watched it already you know that an especially cruel figure-4 submission at about 14-minute mark, a prolonged rear-naked-choke after a tap at 15-minute mark, and quite a rough foot on neck victory pose, were some of the worst moments Akela has had at Fight Pulse. Knowing her, one could guess that she is not one to forget such things. In NC-96 Akela gets her revenge.

While Zoe has some moments in the beginning of the match, and submits Akela with a beautiful heavy breast-smother hold, Akela soon takes control of the match. She dominates Zoe thoroughly, often ignoring her taps, or holding onto a hold for a period of time after a submission. A lot of rear-naked-chokes, some leading to knockouts, a tight reverse headscissors, figure-4 scissors, back stretching submissions, – camel clutch, boston crab, surfboard stretch, – are some of the holds that Akela uses to torment her foe in this title.

If you enjoy one-sided female wrestling with knockouts and taunting, you will love NC-96! 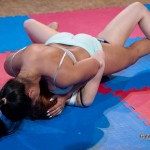 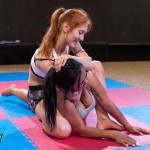 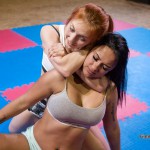 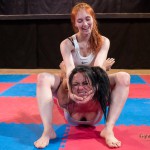 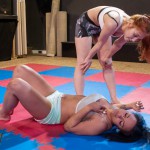 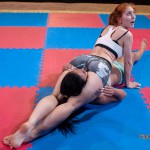 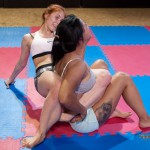 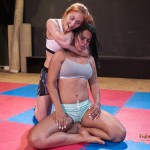 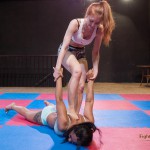 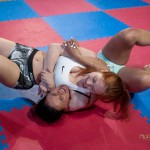 Wow. So nice to see a video like this between two capable wrestlers. Need more videos where the loser is put to sleep to mark total defeat!!