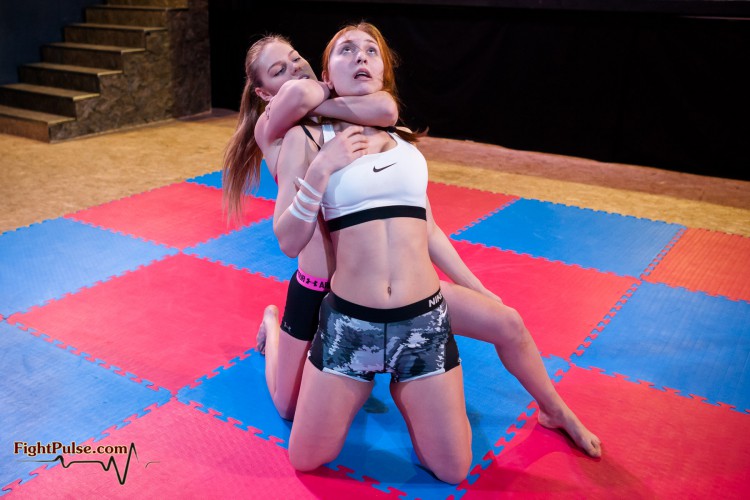 In this custom-request scripted female wrestling match, Calypso (stats) dominates her bigger and more reputed opponent, Akela (stats), using various submission holds including rear-naked chokes, using which she finishes her more than once.

Calypso seemingly enjoys holding on to the submission holds after Akela taps, making her panic, enjoying her complete control. This verbal-submissions-only female wrestling match will delight fans of rear-naked-chokes, as it is Calypso’s favorite hold to submit Akela, knocking her out several times with it. For a full list of holds used in this video, please see the tag list below the release text.

While Akela scores some points early in this video, Calypso ultimately dominates Akela to a decisive victory. Fans of one-sided female wrestling matches will love this video! 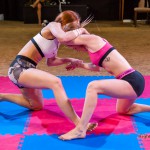 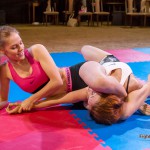 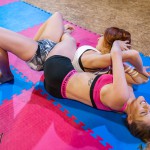 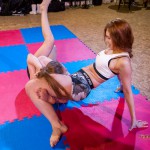 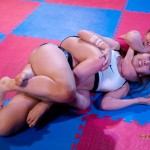 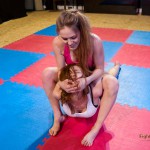 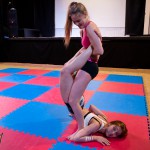 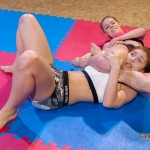 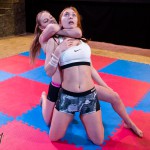 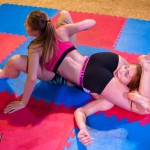 Akela’s needs to wear these shorts in every match! Those legs are too beautiful and powerful to be covered by pants.