Akela (stats) has long established herself as one of the best pinners in Fight Pulse. In this long schoolgirl-pins only mixed wrestling match, she gets to display her pinning prowess on her male opponent, Frank (stats), trapping him between her thick powerful legs clad in shiny leggings.

“Are you ready to be pinned down?” asks Frank, facing Akela before the match. Akela laughs at his face and answers “In your dreams! You are the one who will be on the bottom!”. What follows is over 30 minutes of domination, as Akela finds her way on top of Frank’s chest round after round, immobilizing him underneath her, pinning his arms with her shins or trapping them above his head with her legs, crushing his eventually futile attempts to unseat her, and verbally humiliating him.

If you are a fan of schoolgirl pins in mixed wrestling, you will love this release! 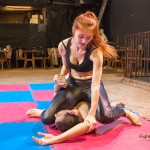 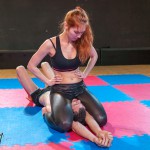 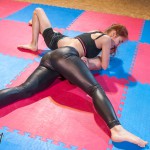 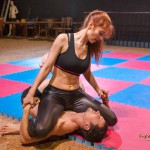 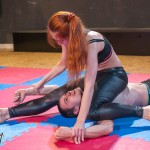 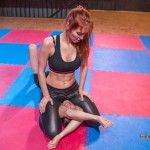 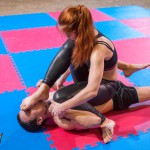 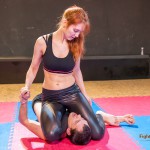 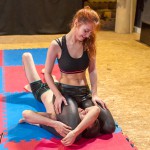 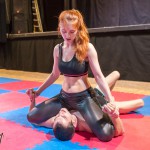 When will we see Akela in a mixed smother match including front and reverse facesitting? Im quite certain she could make the smaller guys like Viktor and Luke submit with facesitting holds and outright dominate them even in a competitive match.