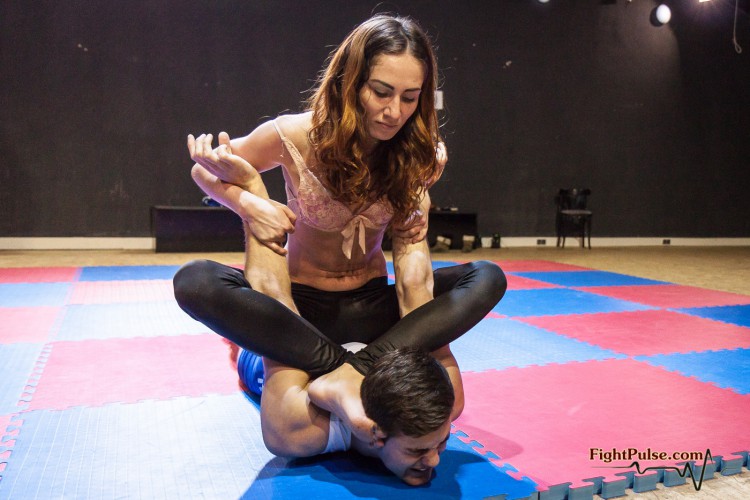 In her first mixed wrestling match we see more of Giselle (stats)’s aggressive side, that we already witnessed in FW-34, as she uses prohibited moves, including shoulder lock, standing up for leverage and even hair pulling, in order to get the upper hand and dominate her bigger male opponent, as seen below: 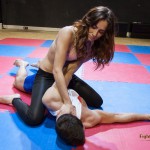 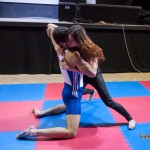 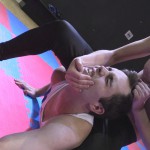 Giselle, when wrestling, seems to get into a particular mood highlighted by aggression, aimed towards submission and destruction of her opponents. This behavior also extends to the victory pose in this release, as she stomps her foot down on her prostrate victim’s chest. None of this aggression is scripted.

A very dominant performance by our lightweight wrestler in her mixed wrestling debut! Fans of schoolgirl pins will be especially delighted, as it has become Giselle’s favorite hold, as she herself also confesses in the post-match interview. This title features 10+ points by both pins and submissions by the winner. 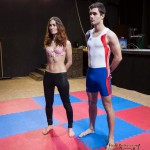 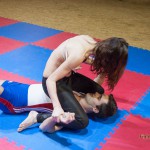 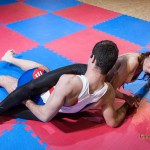 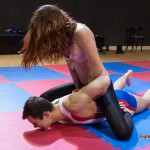 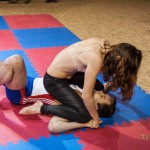 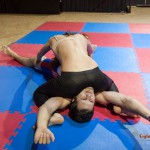 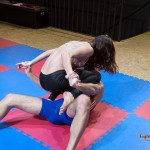 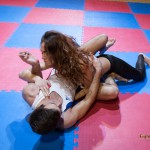 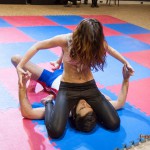 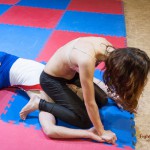 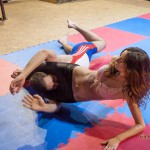 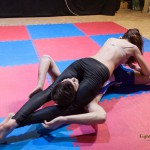 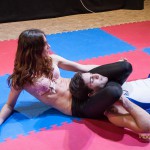 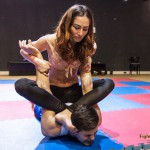 I’m not a fan of non competitive (fantasy) mixed matches and buying one would normally be out of question, but I made an exception and bought this one because I had a feeling that I’d like Giselle. Well, turned out an amazing match, all thanks to Giselle’s attitude. The action itself is nothing new: a guy 10 times stronger that the woman is letting her put him in various positions. But Giselle is something else. In the pre match interview she’s so sweet and polite. Then , when the action starts she gets into a super dominant mood. She looks… Read more »